Concerts in the Park #5: The Paperboys 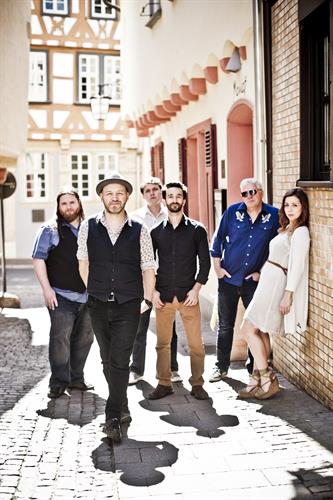 Event Description:
Vashon Events and the Vashon Park District have announced the lineup for the annual Summer Concerts in the Park. The extremely popular and free outdoor concert series will begin on Thursday, August 1st and run through Thursday, August 29th. All concerts start at 7:00pm and are held in Ober Park on Vashon Island. Enjoy live music performances from today's top talent in Rock, Roots Reggae, Big Band, High Energy Folk and Cajun Slamgrass performing against one of Vashon's most beautiful outdoor backdrops.
Bring the family!  There's plenty of grass and natural berms to spread out those picnic blankets and enjoy some wonderful music on a warm summer night.  Families can come relax, let the kids play on the playground and enjoy the entertainment at these summer events.

The Concerts in the Park series is presented by the Vashon Park District.

The concert series is curated by Vashon Events.   We'd also like to thank Open Space for Arts & Community, our in-kind sponsor for Concerts in the Park as our backup venue in case of bad weather!  A big thank you to David Godsey and Janet McAlpin for this insurance plan!  If you've never experienced the warmth of community at the cool nights of summer concerts in the park, you're in for a special treat.

Please remember that there are no dogs allowed at Ober Park. Alcohol and smoking are also not permitted.

For a quarter century, The Paperboys have been touring the world and lighting up stages with their freewheeling blend of influences from Celtic and bluegrass, to Mexican son jarocho, brass bands, and Canadian roots. They have been called everything from Cajun slamgrass to worldbeat, they’ve received a Juno award (Canadian Grammy), plus two Juno nominations, two West Coast Music Awards, released nine albums, and regularly play two-night bills in the Pacific Northwest.

Although the Paperboys have made critically acclaimed records, they are through and through a live act. They shine most on stage. They have spent the last 25 years on the road playing all over North America and Europe, where they have developed a large following without the aid of a record labels or radio play.

The Paperboys make music that is best described by founder Tom Landa as high energy music that is like a "Guinness with a tequila chaser while listening to an Americana Jukebox."

This band made a big splash last year when we brought them to Vashon and had to move them indoors because of the weather.  Every seat in the house was full and what a concert it was!  See them in Ober Park this year, don’t miss this!
Event Media:
Location: